We boarded our bus with great enthusiasm, equipped with lunch boxes, money for a souvenir or two and many questions to  ask our tour guides. It would be safe to say that the excitement was at a high!

Firstly we visited the Nomadic ship. This is the last remaining White Star liner in existence. It was amazing to think that we were aboard the very boat that transported people to the Titanic from the port of Cherbourg in France. Fully restored to its original state, with the exception of the engine room, we could see where the famous Molly Brown sat, eagerly awaiting her voyage. In, what was originally the engine room, was an educational area set up to teach us about the different methods of communication used in those days. The 'Dit-Dah' (Morse Code), hand signalling and flag signalling.

After lunch and the obligatory visit to the visitor shop, we were taken on our tour of the 'life' of the Titanic. From the Drawing room, right through the fittings and fixtures, to the sad state of how it now lies on the ocean floor. One amazing fact we learned, was that only 13 people died in the making of the great ship, however, in the building of a sports stadium in Brazil recently, some 40 plus people have sadly lost their lives in building related accidents. Can you imagine the differences in safety procedures, between both ventures?

We had a great day and really enjoyed our trip. Take a look at some of our pictures taken in our WAU section of our class page. 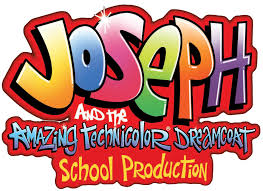 Joseph and His Colourful Coat

On the 11th February the P7's went to the Clounagh play and watched Joseph and his colourful coat. We got to sit beside our friends on the bus. When we got to Clounagh we were brought into the assembly hall. There was music playing and we started to dance to the 'Macarena', 'I'm a Barbie Girl' and 'YMCA'. After a while the play started. It was AMAZING!!! The role of Joseph was played by a girl. Her voice was very sweet. I think it was very worthwhile going. It was EXTRAORDINARY!

We sat at the front of the assembly hall, so we could see everything. When we were waiting for the play to begin, they were playing songs. One of the songs was YMCA and everybody did the actions. When the curtain opened all the choir members came out in different colour t-shirts that were all very bright. There were three people on stage to begin with. Two of them were the narrators and they were singing the story. Joseph was played by a girl. The play was AMAZING. I loved it. It was the Bible story of Joseph and the coloured coat.

Unfortunately not the ones with chocolate chips.

Some cookies are necessary in order to make this website function correctly. These are set by default and whilst you can block or delete them by changing your browser settings, some functionality such as being able to log in to the website will not work if you do this. The necessary cookies set on this website are as follows:

Cookies that are not necessary to make the website work, but which enable additional functionality, can also be set. By default these cookies are disabled, but you can choose to enable them below: